Recently, I was working on a pet project and had created my Dockerfile for the ASP.NET Core container as well as the docker-compose.yml file to compose the services.

Here’s the Dockerfile I had:

And the docker-compose.yml file:

Since there was some initialization code and database seeding that had to take place before the application was ready to run, I wanted to ensure that the dotnet code started only when the database container/service was ready to receive connections.

After some searching on the internet, I found this answer on the Unix StackExchange:

Now, I needed to ensure this command runs before launching the .net site, and only after the db server was ready to receive connections on port 1433. So, after some further searching, trial and error, I eventually landed on the following two scripts:

testconnection.sh is a copy of the code found on Unix StackExchange:

We will use the following approach instead:

When the services are started with this new dockerfile, this is what I got in the logs:

As you can see, this solution allowed my app container to wait for as long as it needed to before starting the .net application. Hopefully, you find that helpful, dear reader.

Credits:
Testing remote TCP port using telnet by running a one-line command
How to pass all arguments passed to my bash script to a function of mine? 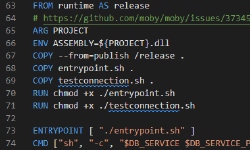 Combining ENTRYPOINT and CMD in a Dockerfile 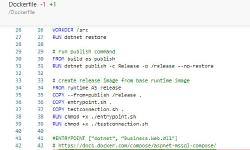 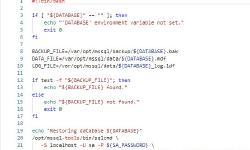 Restore Database on Container Start Up 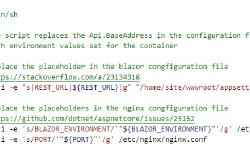 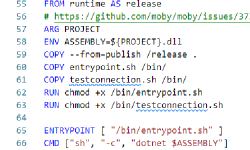